The MWS 2020 was a five-day event which was held under the theme, “Understanding maritime and coastal communities, maritime economy and policy, marine resources and hydrography, maritime security, and diplomacy,” designed for researchers and scholars doing research in the maritime domain across Pakistan. Among the participants were lawyers, media science students, IR, political science researchers, and many more.

On the closing day of the five-day event, a seminar “Projecting Pakistan’s Maritime Potential through Mainstream & Alternative Media” was also held in which the panelists, consisting of electronic media, social media, and maritime experts talked about the role of media with regard to boosting and promoting the maritime sector of Pakistan. The seminar started with a welcome address from Commodore (r) Ali Abbas Director, NCMPR. The panelist for the seminar included Commodore (r) Syed M. Obaidullah, Daniyal Shaikh, Salman Parekh, Nadia Naqi and Owais Iqbal Baloch.

Commodore (r) Ali Abbas Director, NCMPR emphasized that National developmental programs can be successful if the information is properly disseminated at the grassroots level. Hence, media tools are the major platform that help in reaching out to the masses, especially with regards to creating awareness regarding government policies and its different flagship programmes. For any industry to flourish properly, the relevant education is most essential and maritime industry is no exception. While the responsibility of creating skilled and knowledgeable human resource is the responsibility of colleges and university the generic education, information, awareness and rallying the people towards maritime economy can be best achieved through media. We must run focused programs and awareness campaigns to cure the widespread disease of sea blindness in this country.

The first lecture was given by Mr. Muhammad Owais Iqbal Baloch, Director Vsh tv. He pointed out the problems that we as a nation are neglecting our marine resources. He then told about his own journey of how he decided to show the world the potential of Pakistan coastal belt. He told how perceptions regarding the Baluchistan that were dominant around the world changed slowly. He stressed again and again that the virgin beaches and the land neglected islands need to be explored. And the first thing we need to do is to project this beauty on our media. The second lecture was given by Miss Nadia Naqi anchor news one, where she told about how she decided to enter media to project the issues faced by coastal communities. She presented her own visual content to the audience which showed the misery and challenges faced by the coastline community.After that Mr Salman Parekh Digital Content Creator and Marketer. He explained and stressed on the use of digital marketing to exploit the potential of coastal markets.

Social media influencer Danial Sheikh talked about how the development of digital infrastructure on the coastline can help develop coastal tourismLastly Commodore (R) Syed M Obaidullah was invited to share few words where he thanked Maritime Study Forum, its collaborative partners from NCMPR and NIMA. He also stressed how media can be built and change the character of a nation. Media has the potential to build a narrative. President Maritime Study Forum then presented the souvenirs to the guests and speakers.  The Closing ceremony of the Maritime Winter School 2020 was held in which Senator Nuzhat Sadiq, Chairperson Senate Standing Committee on Maritime Affairs, graced the occasion as Chief Guest and awarded certificates to the participants. 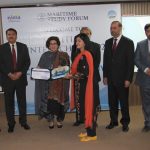 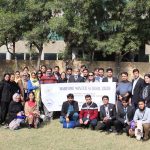 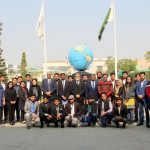 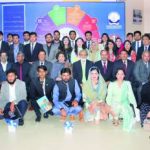 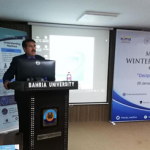 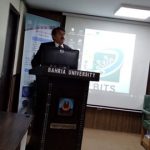 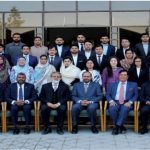