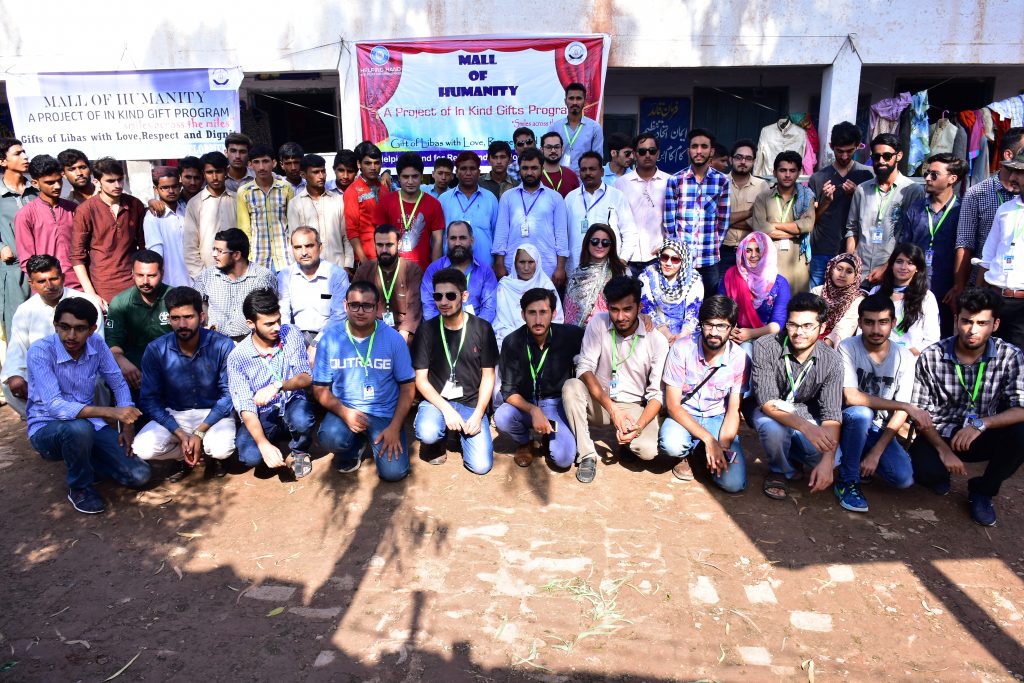 Bahria University collaborated with the In-Kind Program of Helping Hand for Relief & Development (HHRD) under Community Support Program (CSP) and introduced a great initiative called “Mall of Humanity” to distribute clothes, shoes and other donation items to needy people with full grace and respect of humanity. The event was conducted on August 27, 2017 in the village of Sodi Gujjar, Pind Dadan Khan where about 500 plus needy families were benefited by the donation items for the occasion of Eid ul Adha. The donation items included clothes, shoes, bags, soaps and wedding boxes for the required people in the village. 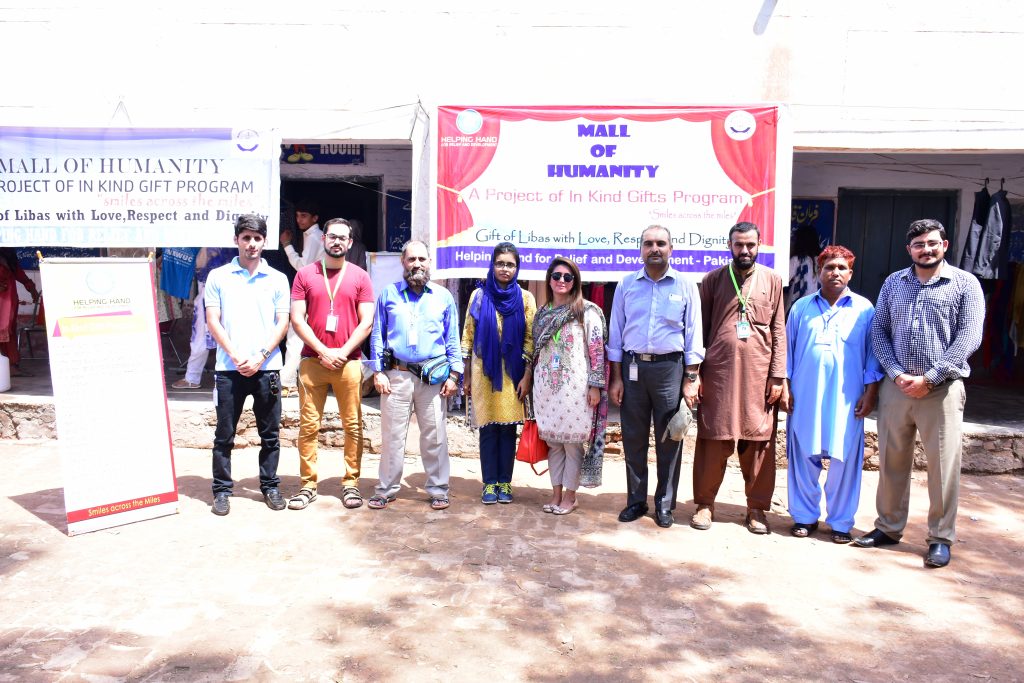 Helping Hand for Relief & Development (HHRD) provided all the necessary resources for the program while students of Bahria University identified the place of distribution followed by sorting, pressing and packing of donation items by utilising their university resources. The process started by orientation of the program by the team of Helping Hand for Relief & Development (HHRD) followed by survey of the village Sodi Gujjar, Pind Dadan Khan. A student team of about 30 volunteers from Bahria University did the survey on August 13, 2017 of the village and registered about 515 families for the event who were issued tokens to receive items on the main day. The survey was followed by receiving of donation items by Bahria University from HHRD on August 19, 2017. After receiving the donation items, work stations were set up in the university and about 50 students from the Community Support Club were actively involved in sorting and packing of items. The security team of Bahria University voluntarily worked hard in assisting the project and the university facilitated by providing the required resources for the program. After packing of items, they were dispatched to the village one day before and displayed for the event.

On the day of event, the management consisted of different teams namely the media, logistics and security team with assigned tasks and duties. The registered families brought tokens which were stamped on entry and then the ushers assisted them to the mall where the villagers selected the required items. The team of HHRD consisted of 6 representatives who actively distributed items to needy people. In addition to this, another initiative called “School of Humanity” was conducted where the poor people received hygiene awareness sessions by our students and were distributed soaps in the end. Bahria University is thankful to HHRD for all their support and is looking forward to arrange more such initiatives with their support in future.