Mall of Humanity 2.0 with the lower staff of Bahria University
Category: Past Events
Published on: January 31, 2018

Indulging into five productive days of community support program has been an outstanding experience. Bahria University seems to be unfolding itself into serving community and donating a heling hand for the sake humanity. Engrossed in partnership with Helping Hands for Relief and Development (HHRD), we, the students of BSS development Studies of seventh semester assisted the cause of this organization. The noteworthy program entitled as ‘Mall of Humanity’ laid dominion of serving the penurious and celebrating their worth. 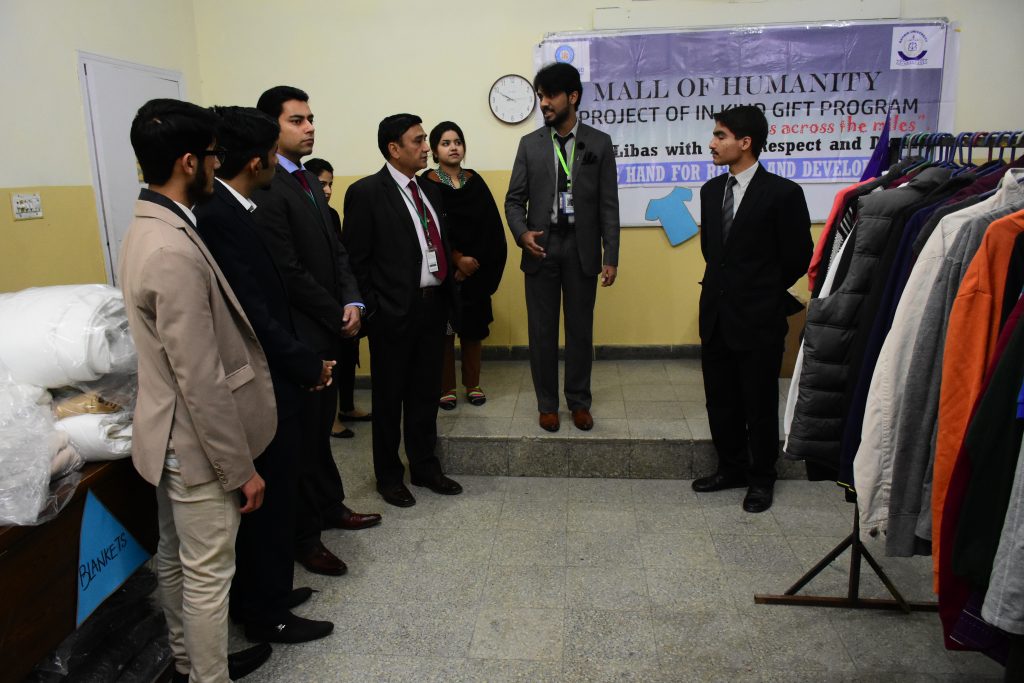 On our first day, we were instructed, guided and accompanied by the members of CSP into accomplishing the goal of The Mall of Humanity. A total number of 84 cartons were donated by various countries which consisted clothes for all age groups (infants, children, adolescents and adults) and both genders. The cartons consisted of all sorts of clothes such as jeans, shirts, westerns and eastern wear of females, abayas, sweaters and even shoes! All these varieties were categorized.  We were instructed to sort out the clothes, press them and pack them into plastic bags to give them a new look. Four good hours were spent daily in an effort to put a smile on someone’s face.

Second day lead to the same procedure but this time with a sloid pace which bore almost half of cartons to be done. Students were instructed to bring their irons and sheets to boost up the process even more. 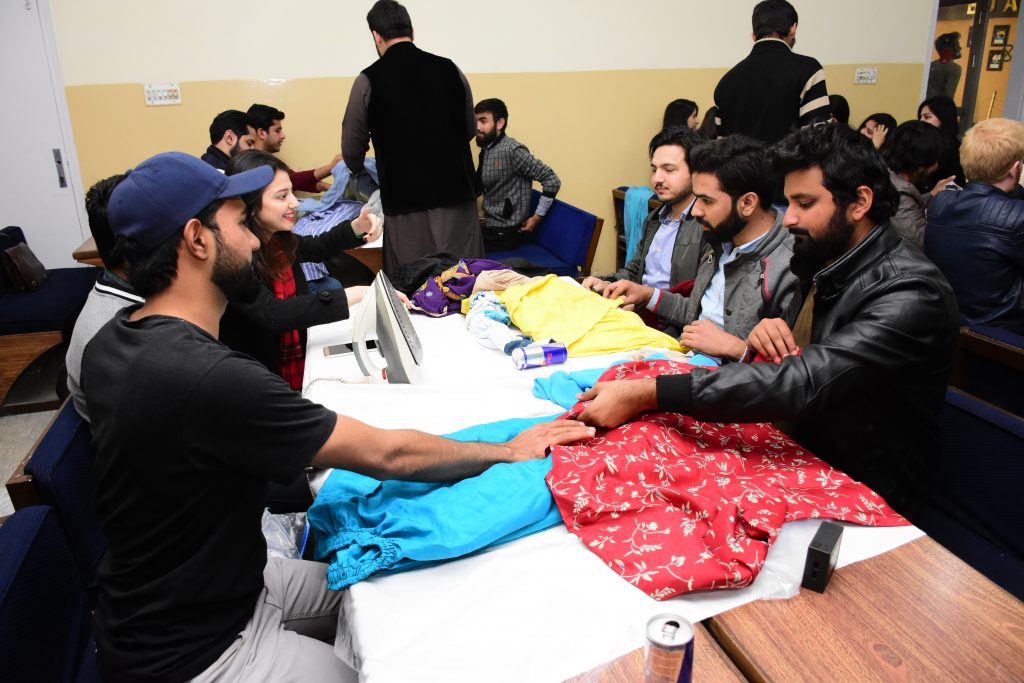 The process was carried out in a manner that every group of four to five members were handed out one carton which estimated to take half an hour to be pressed, packed and complied.

Moving on to the third day, a different stance was taken. The clothes were pressed the same, but this time instead of being packed, they were hanged for display. Innumerable hangers were provided. We put our hearts and minds into acing our third day as well.

Along with the work, there seemed to be a thrill and excitement rushing within the room among the volunteers. The task of helping the community along with good company escalated the program.

Paying heed to the fourth day, same procedure was carried out. This very day, we pressed the same but packed and hanged whatever seemed appropriate to the volunteers. Jackets and sweaters were hanged, so were the abaya’s and other 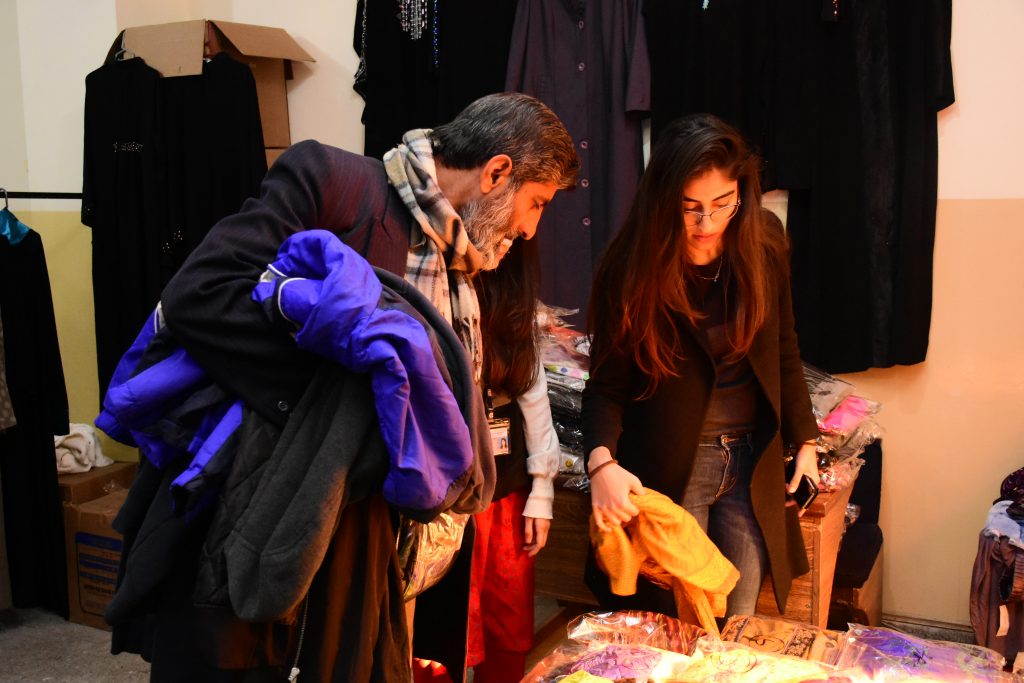 Moreover, the fifth day was the final day were everything was to be affirmed. Décor team was established in order to condition the room. Tables and stands were placed in the room where packs of clothes were laid, and the eye-catching clothes hung. Abayas were displayed on walls.

The event was held on 25th January 2018 in full enthusiasm and boost. A spree of lively people spread among the rooms to collect their respective donations were accommodated and escorted. Free soaps by HHRD were handed out to each individual. The event went tiresome, yet jovial. It depicted and awoke a sense of service for the penurious and what it means to witness a smile on those individuals.

May we all serve what we were here for!