Model United Nations or MUN is an academic simulation of the United Nations that aims to provide students with a political, strategic, and economic perspective of the world. Debates on different international issues allow students to gain an insight into the current affairs of the world at large.

The participants role-play as diplomats representing a country in simulated sessions of various committees of the United Nations. Participants research a country, take on roles as diplomats, investigate international issues, debate, deliberate, consult, and then develop solutions to world problems by reaching a consensus and developing a mutually acceptable resolution document in accordance to the standards of the United Nations.

In 2012 under the guidance of the faculty member Mr. Khurram Adeel Shaikh of the Management Science Department a dedicated team of students including: Mr. Abdul Majid Awan (Media Studies department), Ms. Ambreen Ashraf and Ms. Hafsa Khalid (Psychology department), and Ms. Maria Farooqui and Mr. Hussam Khalid (Management Science department), took upon the mission of organizing the first ever Bahria University Model United Nations (BUMUN) with the hope of creating a platform for the students to engage in dialogue with one another, to speak in public, to argue and counter argue, to learn to listen and compromise and to understand what the world is all about.

The eighth iteration of the Bahria University Model United Nation (BUMUN) will be held 2nd to 4th March 2018 under the Presidency of Mr. Izhar-us-Salam Kayani and Secretary General Ms. Sara Jamil of the Department of Computer Science. While Mr. Khurram Adeel Shaikh, Faculty Member Department of Management Science, continued his responsibilities as a Director General BUMUN.

Mr. Ghulam Qadir Thebo, Additional Inspector General of Police, Traffic, Sindh Police graced the ceremony as the honorable chief guest and shared his thoughts about BUMUN as well as the issues of traffic in Karachi. The opening ceremony was also attended by Director General Vice Admiral Khawaja Ghazanfar HI(M) and Director BUKC & Patron BUMUN Commander Muhammad Akhtar as honored guests who also spoke about the importance of MUNs as a learning platform and commended the efforts of the team for organizing the BUMUN 2018. The ceremony was also attended by the Head of Department Management Sciences Dr. Mustaghis-ur-Rehman and several faculty and staff members.

President BUMUN, Mr. Izhar, spoke about the importance of MUNs as a platform for developing public speaking skills and understanding the issues of the world at large. He also officially announced that this BUMUN was of a national scale and had over 179 internal delegates and 123 external delegates.

Present Condition of Burma Refugees and Its Repercussions on the Region

Use of Drone Technology

Protecting Victims of Human Trafficking in Conflict and Post-Conflict Situations

Investing in Healthy Productive Transitions to Adulthood and SRHR for Girls’ Empowerment.

Convention on Elimination of All Forms of Discrimination against Women

The conference expanded the thresholds of students’ understanding of politics, conflict management, public speaking skills and problem-solving abilities. The seven committee sessions spread over three days pushed the students to their absolute best and beyond by asking them to engage in an exhausting amount of research and exhilarating debates.

The students were reinvigorating for each round of discussions by the accompanying social events. The first day’s social event was a soul-stirring Sufi musical performance by renowned Taji Brothers, Saqib Ali Taji and Asim Ali Taji which was thoroughly enjoyed by delegates, faculty members, students, Deputy Director Administration BUKC, Director BUKC and DG BUKC. The second day’s social event was the Global Village where delegates represented their countries with food and cultural items. The social event also included a live screening of the Pakistan Super League (PSL) match.

The third and final social event of the conference was the awards and closing ceremony followed by a formal dinner. The closing ceremony was graced by the Director BUKC & Patron BUMUN Commander Muhammad Akhtar who in his speech appreciated the efforts of the BUMUN Executive Council and Organizing Team and congratulated all those who distinguished themselves with various awards and accolades.

The Bahria University Model United Nations (BUMUN) 2018 was a resounding success and is testimony to the hard work, dedication and efforts of all those involved in its culmination. This conference has established a new benchmark for such events at Bahria University.

You may also find more details and updates of the event on the following pages: 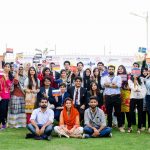 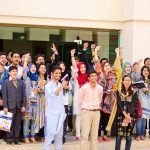 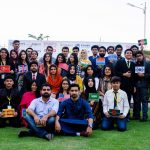 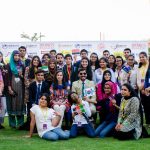 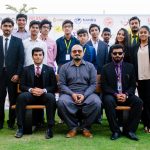 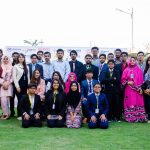 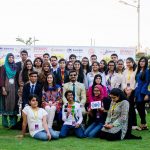 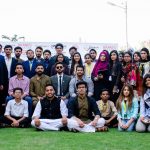 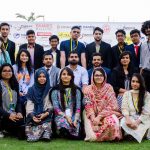 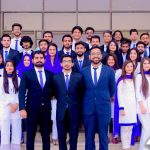 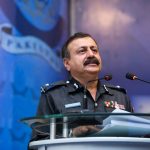 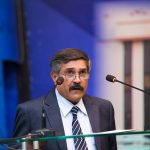 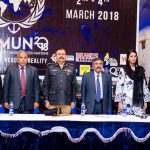 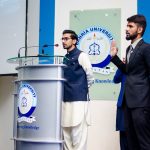 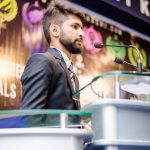 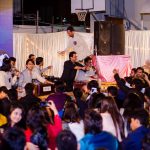