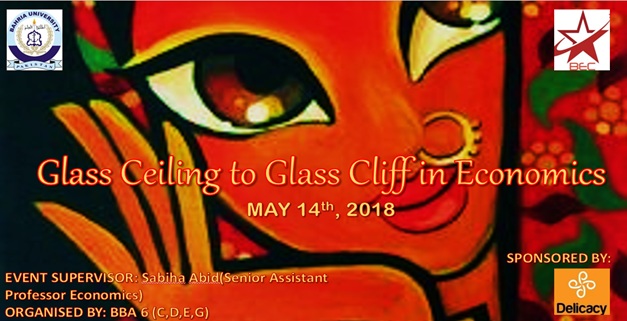 Bahria University Karachi organized an event “Glass Ceiling to Glass Cliff in Economics” on May 14, 2018 by Senior Assistant Professor Economics Sabiha Abid which moved around the basic thought of women empowerment. Organizing such an event was a tedious taskbut with the help of diligent students Bahria University BBA 6(C,D & E)and the observation of Ms.Sabiha Abid the show was a success. They showed how women are still considered in the uneducated rule of Pakistan.Bahria University was honoured by IG Sindh Sanaullahas a chief guest and first female SP Shahlawhom made an appearance as guest speaker,and were impressed by the role plays performed by the students. Students showed theatre performance to highlight the socioeconomic and cultural issues of four provinces.

The chief guest Additional Inspector General Police Sindh SanaullahAbbasi while addressing the business graduates of Management Sciences Department emphasized the importance of women empowerment. He stressed upon treatment of women all over Pakistan and how police is trying to spread awareness through educating their staff. He talked about how education is significant for the upcoming generation and what more we can do with it.

Ms. Shahla Qureshi first SP Sindh Police also shared her experiences of being CSS officer and of Police service. She highlighted the awareness spreading in the education sector and how we can improve it with the help of the future generation. She remarked that women are vital in the development of a country. Moreover, she also shared the hardships she faced during her journey to become the first female SP of Pakistan Police.

Lt.Cdr.Saman Zaid another guest of the event also talked about women rights and women work recognition. Actor Yaseen was also in favor of women empowerment in all walks of life. Director BUKC also talked about the role of women asdaughter,sister,mother and wife in homes and offices.He also highlighted the important issue of Female job and emotional harassment.

In the contemporary world women participation in every aspect of work is phenomenal despite facing hindrances in the society. Women constitute half of the Pakistan’s 207 million population [2017 population census] and women’s contribution has been remarkable in every facet of life however their vitality and potential has never been fully realized in the past 70 years after independence.

There is a close relationship between economic development and women’s empowerment defined as improving the ability of women to access the constituents of development in particular health, education, earning opportunities, rights, and political participation. In one direction, development alone can play a major role in driving down inequality between men and women, accelerate development.

Women in Pakistan have continued to play a very important role in every aspect of life. In order to grow as nation, we need their active involvement or presence in all fields as educationist, Politician, doctors, business women, bankers, managers, engineers, lawyers, forces, diplomats, ambassadors, artists, teachers, writers, poets, workers, farmers, mothers, wives, students, and the list goes on and on. The culture thinks that women cannot do jobs like men do. Their ambitions and aspirations are suppressed. Now, women are fighting for equality in the workplace and success in some extent. They strongly claim that if they are given a chance, they can contribute more positively as compared to males towards the development of all social aspects.

Women Empowerment can be achieved through educating girls. Education develops skills, knowledge and confidence in women that can help them in achieving opportunities in economy. 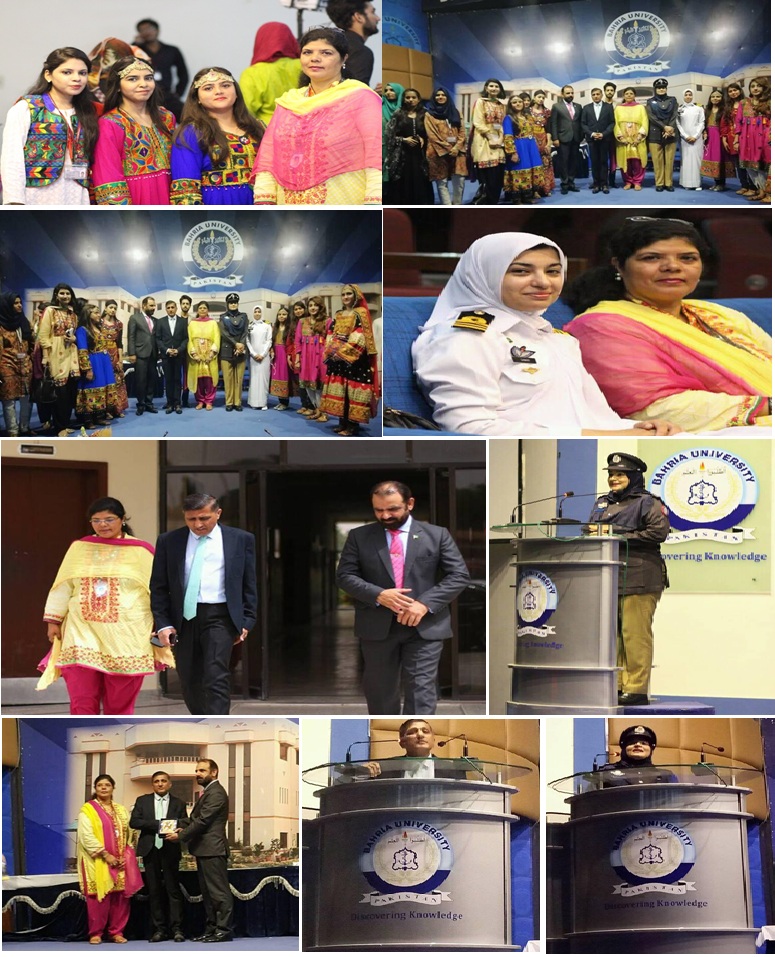