Balochistan: Victim of Greed or Grievances? by Dr. M.Ihsan Qadir

Karachi, 16 March:  The unending disorder and commotion is Balochistan has 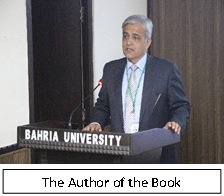 posed serious internal threat to the state of Pakistan. The province of Balochistan has witnessed four rounds of insurgency” 1948, 1958-69, 1973-77 and 2004 till to date. These uprisings inflicted heavy man and material losses and adversely affected the life of general population. Causes of these limited revolts in Balochistan have been traced by few foreign authors but interest of Pakistani writers in this exploration has been very limited. The foreign analysis has been limited to author’s prism of specialization which is mostly skewed as tribal and cultural peculiarities remain forgotten. Dr. Ihsan adopted all together a new approach in this book through the lens of greed or grievances perspective which is very unique and innovative, these observations were made by guest of honor Prof. Dr. Pirzada Qasim Raza Siddqui, former Vice Chancellor University of Karachi in his speech at the launch ceremony of book Balochistan: Victim of Greed or Grievances? by Dr. M.Ihsan Qadir. 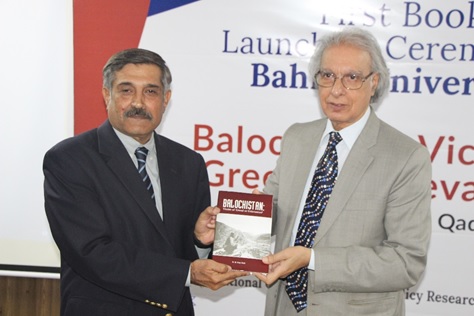 Former Ambassador Najamuddin Sheikh was also invited as the guest of honor on the occasion. Balochistan has been naturally gifted with large natural resources. The estimated value of geologically surveyed on-shore potentials is over one Trillion US dollars. This potential has generated geo-economic interests of many regional and extra regional countries in Balochistan which has created instability and security challenges for Pakistan. Ambassador (Retd) Najamuddin Sheikh stated in his speech while sharing his views. 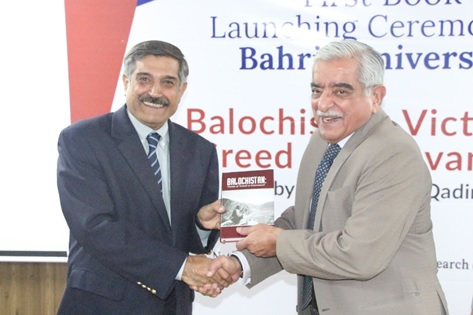 Cdre Dr. M. Ihsan Qadir SI(M) maintained that he decided to write on Balochistan conflict which has been raging since departure of British in 1947 to bring forward Pakistan’s narrative on the issue. Dr. Ihsan describes his book an effort towards correct assimilation of existing situation of Balochistan by policy makers. He believes that this book will form baseline for renewed policy formulation and social intervention in Balochistan. The author is a retired naval officer who held various command and staff positions during his 36 years long illustrious career in Pakistan Navy. Presently, he is serving as Director National Centre for Maritime Policy Research (NCMPR) at Bahria University Karachi Campus. 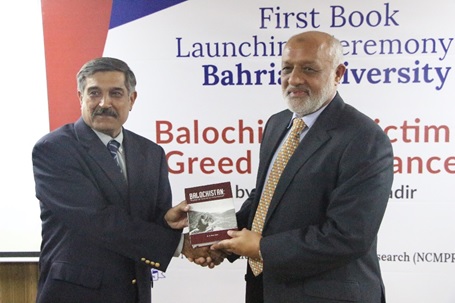